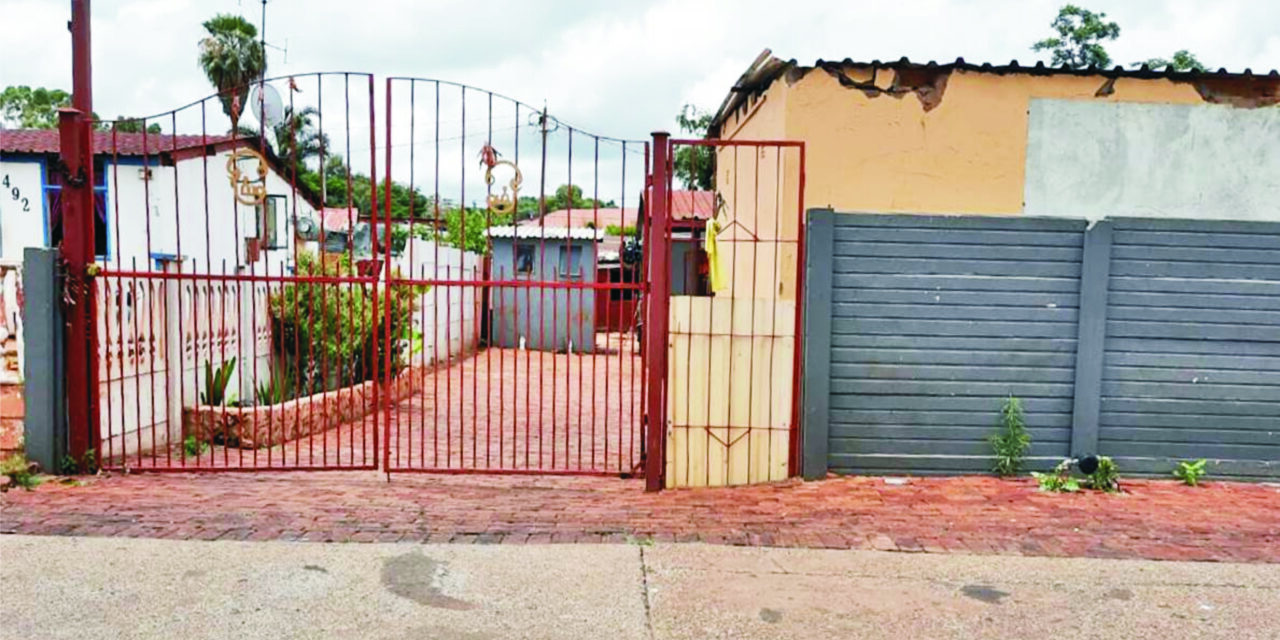 The house on Mustard Street in Laudium, which was targeted last Monday at around noon.

Local police are certainly not looked upon as protectors of law and order by many residents, who in fact perceive them to be corrupt, lazy and working in cahoots with criminals and drug dealers in the area. One of the many complaints against the local cops remains poor police visibility and poor police investigation regarding the perpetrators of crime.

In numerous instances, residents who have been victims of crime, have told the Laudium Sun, that they do not even bother reporting incidents of crime to the local cops, as these despondent residents see it as a futile exercise. Residents say that cases reported where the suspect is unknown, are virtually closed the next working day, due to “insufficient evidence” and where the suspect is known, many times the cops work with the criminals and do not fully investigate the case, thus it gets thrown out of court. This is what the owner of the property on Mustard Str, whose outer building, occupied by a tenant was broken into last Monday at around noon, said to the Laudium Sun, about the incident and the poor service received from the local cops. House owner, Rosemary Marian, said “The out building of mine, which a tenant, Linda Adams rented, was broken into on Monday. The thieves stole a lot of her things, like six washing powder boxes, pots, the flask of her baby and other items. I normally check on her place as I am mostly at home, but I had gone out on Monday at around 12:00 midday for about 30 minutes, to run some errands. When I came back, I sat at home the whole day and I did not hear anything strange nor did I see anyone entering our yard. However, when Linda came back, I heard her screaming, so I quickly ran to her place. I noticed that there were items thrown around, just laying on the floor. The place had been ransacked. After checking, Linda told me that many of her items had been stolen. We have dogs in the yard, so I don’t know who could have managed to get inside in such a short space of time without the dogs barking and managed to leave with no one noticing them. Our yards are small and there are always people walking around in the area, so I just can’t believe that a complete stranger, not known in the area, could have entered my yard without being spotted. This must have happened during the short time I was gone. I am not sure if someone was watching me and noticed when I left. It is so very disturbing, as crime is rare in our area. Linda is working and the investigating officer came the next day, during the day, looking for her, as she had opened a case. So obviously, they did not find her at home, as she works. The next thing I heard, they sent her an SMS to say that her case had been closed. I don’t know why and how, but surely the cops should have investigated the matter further, talked to the neighbours and others and taken fingerprints, etc. How can they just close the case so quickly? Where are their superiors? Don’t they see that no proper investigation has been done? So what was the whole point of even bothering to report the crime to the police? As it is, I know that crime is really bad in many parts of Laudium and yet the police are not doing enough to curb it. The cops are actually giving the criminals reasons to steal more, as the criminals know that they won’t get caught.”

Amir Amed, the manager at White Blocks Supermarket, said, “The crime we are experiencing as business owners, is very high and affects our businesses. Last week, they broke into my shop and stole a lot of stock. Although we reported it to the police, nothing has happened after that, not even any feedback. The police only came to take a statement, that’s it.”

Sergeant Simon Chokoe, of the Laudium SAPS, said, “A case of house-breaking was opened and police were investigating the case, but if there are no witnesses to the crime, the police find it hard to build a case. I would advise the community to try and help the police with witnesses or if they have any suspects. Working together we can end crime in our area.”