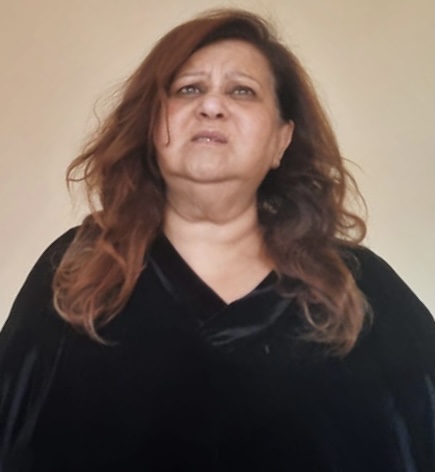 Nazeera Gani-Cassim, of Mustard Street, said, “The police in Laudium are useless and that is why Laudium is becoming a crime haven for thieves.”

Since the start of the lockdowns last year, due to Covid, curfews during the night have become a norm, although the effective times have been adjusted according to the different levels of the lockdowns, during this period. What continues to be really worrisome for residents, is that despite the curfews, thieves continue to prowl the streets of Laudium and Erasmia during curfew hours, attacking homes and businesses without any fear of being arrested by police. Many residents claim that police seem to go into self-imposed curfews, as patrol vans are not seen passing their homes and crime continues during the curfew time.

However in a new twist, a local resident is outraged as police refused to open a charge or even assist her, as she called at the station during curfew time, to report an attack which also took place during curfew time. Nazeera Gani-Cassim, who resides on Mustard Street, described the events that disturbed her not once, but twice last Saturday evening (Sept 4) at around 11pm, during curfew time, which kicked in at 10pm. Nazeera told the Laudium Sun, “My brother and I just returned from my cousin, who stays on Aquamarine Street, which is not far from my home, as she was not well. As we just turned into 13th Avenue, from Aquamarine Street, at the Ghandi Shop, four Indians guys came in front of us, yelling at us. The area around the Ghandi Shop, is always crowded, and there were some cars parked in a line on the street outside the shop, so as we tried to overtake some of the cars, a group of guys came in front of our car. I asked them to please move, as we just wanted to pass, but they started being aggressive and said to us that the street belonged to them and that they have a right to walk wherever they want to. They insisted that we reverse our car and get out of the area. They then had the audacity to ask us why we were we on the street during curfew time and as such we had no right to be there as we were illegally on the streets, so they refused to give way. The more we tried to desperately explain to them, the more they argued, but then all of a sudden one of those guys picked up a paving brick and aimed at our car, about to throw it towards the car. Luckily we quickly reversed, but he still managed to break my car’s back light with the brick. We then immediately went to the police station, as we were so traumatized by the incident and wanted the guy responsible for throwing the brick to be arrested, whilst he was still there, on the scene. However, when we got to the station and tried to open a case, the police official on duty told us that it was curfew time and refused to open a case. When we objected to his behavior, we were threatened that we would be arrested, as we were transgressing the curfew time. We were extremely disappointed with his attitude as, no matter the curfew, we as residents should be allowed to ask for police assistance any time of the day or night, especially if we feel threatened. It was an emergency and the police should have understood the circumstances. Besides, they were quick to threaten us for being outdoors during curfew time. When I asked him why they were not arresting the huge crowd of people that were outside that night at Ghandi Shop, he became angry and wanted to arrest us, so we just left. Those guys outside the store seemed to be on drugs and drunk, yet they were left blocking the streets and freely walking around, during curfew time. The police in Laudium are useless and that is why Laudium is becoming a crime haven for thieves. It is now like we are living in a foreign land. I have been living in Laudium for over 55 years, but it has changed so much for the worse. I think this is one of the reasons why residents are selling their houses and leaving Laudium. I was very traumatized by this experience.”

Sergeant Simon Chokoe, of the Laudium SAPS, said, “I have not received any complaint at our office about this matter. I would advice the residents if they have such issues, they must report to the Commander of the station or to me. The Laudium Police Station is open for everyone at anytime.”