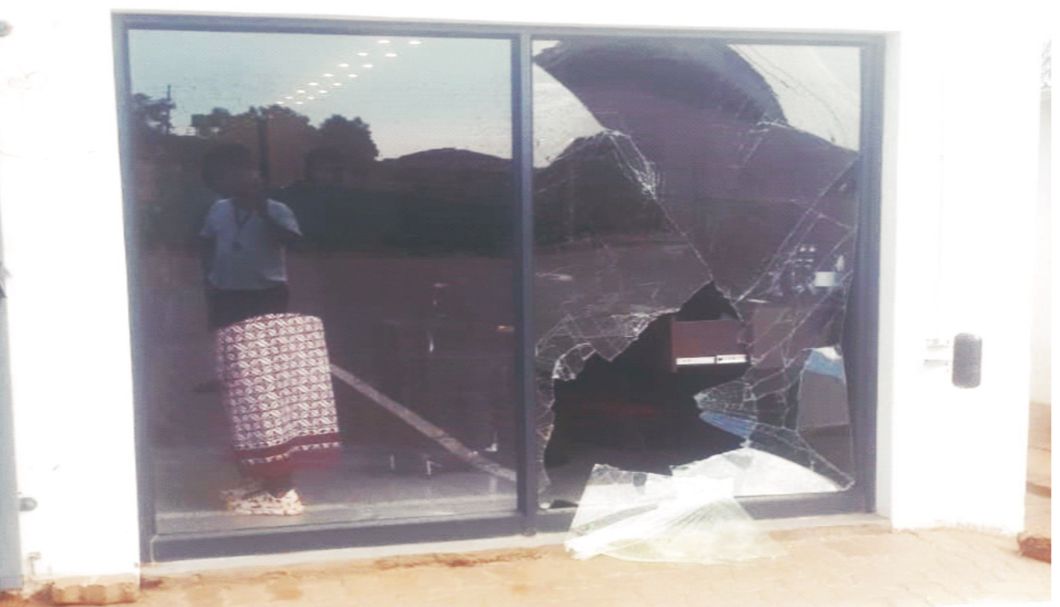 The window of the barber shop was smashed by the thieves.

As local residents and business owners continue to move out of the Laudium/Erasmia area, due to the high crime, preferring to move to nearby security estates, criminals seem to be following them, as there is a marked increase in crime in these nearby areas.

This follows yet another business being attacked by criminals in the Raslouw area. The new year started on a bad note for a Raslouw businessman whose business was ransacked by criminals during the early hours of last Tuesday morning (January 4). Owner of Chaps and Co. a barber shop, trading at Raslouw Corner Centre on the R55 (corner of Lochner), Mohamed Hussain told the Laudium Sun that he left his flat on Bengal Str to open his business at around 7am, as he does every other morning, only to find that the entire salon had been ransacked. The store is located in the new shopping complex adjacent to the Engen garage, which has become a new business district as it hosts a number of shops and services.

Mohamed added, “I was shocked to see my shop in such a mess and a lot of our equipment missing, when I opened that awful Tuesday morning. I immediately went to check the CCTV of the shop, which showed that the two thieves had entered the property and were there between 2am and 4am in the early part of the morning. They were dressed in blue overall pants and headgear. They could be seen entering through the main gate using a crowbar and other tools. The pair of thieves seemed to be extremely skilled and seemed to know the area as they were well aware of the exact whereabouts of the power box, cables and other electrical, to ensure they disabled the alarm system. After disabling the alarm system, the thieves then proceeded to cut open the lock on our gate, with a bolt cutter and then broke through the glass front door in order to gain entry to our shop. The pair looked highly capable and experienced at this sort of crime as they moved with stealth and constantly kept watch for any person approaching. I have lost a lot of money due to this theft.” Mohamed said that the two suspects were seen on CCTV escaping on foot, running in opposite directions, seemingly to a waiting getaway vehicle on the opposite side of the road. The pair managed to get away with electrical hair salon appliances and other equipment. It is unknown if other business in the complex were also targeted by the thieves that Tuesday morning.

* Employees at the Engen garage opposite the centre said that they were not aware of the break in and did not notice anything suspicious that night. The security guard at the centre, who was on duty that night, was unavailable for comment.