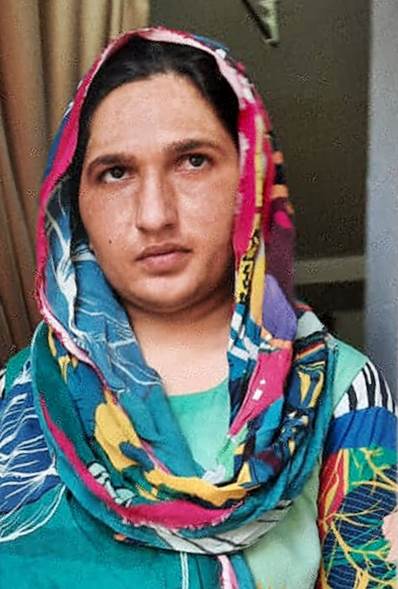 Maryam Shah, the sister of victim Zameer Shah, said she was traumatised.

It seems that unless residents start mobilising themselves in unison as a community, to protect their property and themselves, criminals will continue to take advantage of the fact that our local police and in general the criminal justice system, is not managing to tackle crime, which continues to plague the area, leaving residents living in fear on a daily basis.

This follows another incident of a violent crime, which took place this past Monday (Sept 6) at around 2:00 in the afternoon in the Laudium CBD. Clients at a nearby car wash were horrified, after hearing a gunshot and then realising that a Pakistani national, Zameer Shah, was shot whilst in his bakkie which was locked, as he was about to leave his home on 6th Ave, Laudium. One of the armed gang members of three, shot Zameer through his vehicle’s window, which was closed at the time, whilst another smashed his side car passenger window, and then opened the passenger car door and grabbed a bag containing money, which was on the car seat. The trio then fled to a waiting getaway car nearby. The shooting and robbery incident took place opposite the PMT Centre, at the corner of 6th and 4th Ave, (opposite the CBD parking area and Civic Center).

Local resident Ahmed Sabir, who was nearby, explained to the Laudium Sun, the events that unfolded this past Monday, “We were sitting at the Auto Shine Car Wash, at the PMT building, when we heard a loud bang. At first we thought it was a cracker, but then we stood up and went to check what was happening and we saw three black guys running away from a bakkie opposite the car wash. Then we saw a guy in his bakkie, sitting there, bleeding. They shot him through his closed window which shattered due to the gun shot. The three guys then ran towards Pearl Street. The owner of the car wash, quickly jumped into his own car and followed the robbers, while we quickly took the guy who was shot to hospital, as he was bleeding a lot. He was shot on his left shoulder and was in pain. The armed gang smashed the side window of the driver, as the car was locked. They then grabbed a bag from the seat and fled. I think the bag had money in it. We noticed these three guys earlier sitting in the car park, just in front of the PMT building, before the shooting incident, so we are not sure if they were waiting for the guy who they robbed. Because so many people come and sit opposite the building, we did not suspect anything, as they were eating vetkoek and drinking tea. So we all thought these are just ordinary guys like the others.”

Muhammad Munir, the owner of Autoshine Car Wash said, “When we heard the sound, we saw three black guys running towards Pearl Street. I quickly took my car and followed them. But at the corner of 6th Ave and Pearl Str, there was a white Toyota Corolla waiting for them. They immediately jumped into the car, which then sped away. I chased after the car and I even hit their car with my car, hoping to stop them, but they did not stop. My car’s side and the side mirror, was damaged in the incident. My car was damaged for nothing, I think South Africa needs the Taliban to sort out the crime in this country, so that they can bring justice, law and order. We can’t live with all this lawlessness like this.”

Uzair Ahmed, a CPF member, said, “The Laudium Police are useless and unprofessional. They came to the scene and left everything like that. There was a bullet casing, which was fired from the gun of the criminals, lying on the floor, which shockingly was not picked up. The crime scene was not cordoned off, thus many people went into the area, contaminating it. When I called the cops, they said they were busy somewhere else, but then I heard that two police vehicles which came to the scene were following the victim, who was being rushed to hospital. Why did the cops not chase the suspects or look out for them, if they had already gone! I will raise this with their Commander.”

Maryam Shah, the sister of victim Zameer Shah, said, “I’m really traumatized and fear that these thugs might come back as it seems as if they were waiting for my brother, who is still in hospital. I do not know when he will be discharged. The crime in Laudium is just too much.”

Sergeant Simon Chokoe, of the Laudium SAPS, said, “Police in Laudium are investigating a case of attempted murder and armed robbery that occurred on 2021- 09-06 at the corner of 6th and 4th Avenue, Laudium. Police responded swiftly to the information provided, but on arrival, members found that the victim was already rushed to hospital for treatment. It is alleged that the victim walked out of his yard and jumped in his vehicle, which was parked in front of the yard. It is further alleged that just before he could drive off, three unknown male suspects approached him and shot him, wounding him on his upper body through the vehicle window. An undisclosed amount of money was taken which was in a bag in the car. The suspects fled the scene in a white Toyota Corolla known as (Kentucky rounder) with an unknown registration. No arrests have been made yet. Police are pleading to anyone with information which might lead to the arrest of the suspects, to contact them on 0860010111 or contact the local police.”